The intelligent client: How to get the most out of your management consulting firms 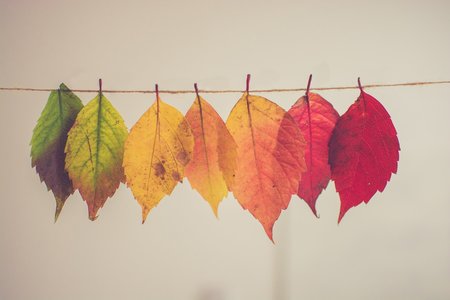 Adam Gates, Lead Principal at Odgers Connect, talks to strategy and transformation specialist Roger Flory about how independent consultants can act as the intermediary between buyer and consulting firm.

As an independent consultant, Roger has held a number of client-side programme and transformation director positions in which he was responsible for overseeing and managing large-scale change and project delivery. In many of these roles, there has been anywhere between three to eight management consultancies working on different projects across the organisation at any given time. “In these circumstances it can be common for the client to have a lot of bandwidth taken up with Partners approaching them for progress catch-ups which slip into on-sell conversations to secure more business,” Roger explained. “In addition to shaping and running the programme, your role includes being a ‘buffer zone’ to ensure this kind of activity stays at a manageable level. You want to take the ‘noise’ out of that client interaction”.

Whilst the independent consultant is very much a first line of defence when it comes to resolving issues and ensuring the engagement leads’ client face-time is adding value, they also need to be driving a common approach and style across the portfolio of projects. Different consultancies work differently, many with their own ‘house style’, and they need to interface effectively. For example, one may be focusing on operating model design, whereas another is handling the system integration. “When there are multiple management consultancies delivering projects, it’s the role of the independent client-side consultant to ensure there’s a consistency in methodologies and approach, at the same time as making sure the teams collaborate smoothly” Roger said. This mitigates the potential delivery issues that a client could very easily become bogged down with.

Many independent consultants come from a Big 4 background and therefore have experience of a management consultancy’s approach to revenue generation and bring with them a commercial awareness of how the sales dynamic works. “There can be instances where a consultancy does not put forward the most effective multi-skilled team because their revenue recognition model drives the selling partner towards particular resource pools. As a consultant on the client side, it’s your role to ensure the consultancy brings their best team to the game” Roger told me. This is an unparalleled level of insight that only a former Big 4 consultant can bring to an organisation and can result in significant cost-savings for the buyer. For example, there are occasions where the independent consultant has been able to reduce the consulting cost by informing the client that generic resources were being billed against a higher specialist rate card.

It involves playing the role of the ‘honest broker’ or the ‘intelligent client’. The independent consultant should be paying as much attention to the commercial aspect of management consultancy interaction, as they do to project delivery. It means looking out for any obvious abuses or irregularities; including the popular ‘stop and start-gate’ tactics where people are moved around different roles or hordes of junior analysts are coming in on staggered start times. It’s these tricks of the trade that, without an independent consultant acting as intermediary, result in the client finding themselves with more people than they originally asked for, or need.

Many management consultancies, including the very largest players, offer a resource augmentation model. When resourcing large projects or when the bench is light, it’s common for these firms to supplement their permanent resources with third party associates. This is a valid approach to secure specialist skills when full quality and transparency is maintained, but these latter aspects are something a programme manager needs to be on the lookout for; “There have been times where a consultancy, to meet demand, has brought in individuals who were not up to their brand standard, and not familiar with their working approach – and did not make clear to the client that they were external associates. I’ve seen someone fielded as a consultancy’s own resource in a specialist domain, who proved to be a fresh freelancer from a generic line role in a bank. They had no project or consulting experience, which created an overhead to manage. That’s unfair both to the client and to the individual.” Roger said. For an independent consultant, it’s easy to identify those individuals with a lack of experience. This is where having a robust quality assurance process is paramount.

In the large transformation and development projects we’re seeing an increasing demand for independent consultants to act as the ‘go-between’ in addition to the programme director position they were hired into. Ultimately this is becoming a role in itself; ensuring the consultancies are bringing the right skills to the project, creating a sensible ratio of face-time between Partner and client, and being a mediator between on-site consultancies to resolve people issues and delineate between briefs. It can result in significant cost-savings and is a role that means projects are completed as efficiently and effectively as possible and senior leaders are not overloaded with unnecessary administration.