So you just hired a ‘big four’? This is how you stop them running away with the problem 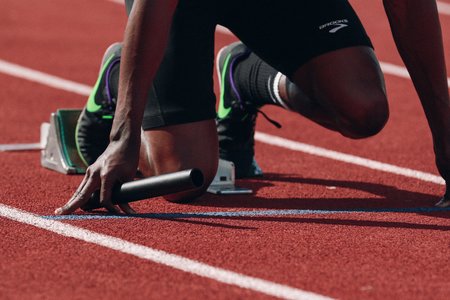 A common misconception around bringing on board large management consulting firms is that you can outsource both the problem and the solution. It’s an approach that more often than not, results in a set of solutions to problems that do not necessarily align with your organisation’s strategy. As independent consultant Andrew Johnson told me, “it’s the equivalent of hiring builders to build you a bathroom, and you get a kitchen instead.” In the most extreme cases it can expose your organisation to the commercial agendas of the consulting firm you have hired; a problem the NHS knows all too well after the University of Bristol found that spending on consulting firms to make Trusts more cost effective was higher than the savings their advice actually achieved.

How then, do you ensure that the management consulting firm you’ve hired doesn’t run away with the problem? “What you can’t do, is allow them to own the initial decision making process. If they do, the direction of the consultation can often veer away from what the business is actually trying to achieve,” Andrew said.

This is however, exactly what most companies will do and means that the management consulting firm can ‘make an interesting problem, more interesting’. The consulting firm can then open up a set of questions that can leave the organisation who has hired them feeling out of their depth and that they lack the skills or understanding to solve the problems that have been set in front of them. As a result, the senior management team will often divorce themselves from the problem once the external ‘experts’ are brought in and hand over directional control to the consulting firm.

As a former KPMG CIO Advisory and IBM Senior Business Consultant, Andrew has an appreciation of how the ‘big four’ operate. He also knows the value and the risk they offer and is clear that companies must always own their strategic choices and decisions when they bring one of the ‘big four’ on board. In a number of his recent independent consulting roles he has helped his client understand the senior management’s role in consultancy engagements ensuring they took clear ownership and oversight of the entire consultation process. Describing their role as a ‘think layer’ that enabled the organisation to appreciate their need to understand the problems they faced and what they needed to resolve so that they could actively direct the large consultancy they had hired.

“Before you’ve even brought a consulting firm to the table, you need to have at least carried out a superficial discovery exercise yourself to arrive at your hypothesis to inform the business analysis, clients must have some form of strategic roadmap, no matter how mature, that they must own and direct the efforts of resources from any consulting firm,” Andrew explained to me.

If you’ve hired a big management consulting firm then your aim should be to leverage their skillsets in order to solve the problem that you’ve already defined. Ideally you should be coordinating them so that they are helping you with insight and understanding. What you should not be doing, is allowing them to leverage their own skillsets.

This is where an independent consultant’s expertise and experience can be utilised. Acting as a bridge between the client and management consulting firm, they can work alongside clients helping conduct an initial business analysis and help the client gain the confidence to take ownership of their decisions going forward. Furthermore, the majority of independent consultants are former ‘big four’ or equivalent managers or partners, meaning they have the ability to very quickly spot and temper any commercial agendas of a management consulting firm that may creep in once they have been hired. This ‘game keeper’ type role is one that Andrew knows very well and he has even been in situations where the client has asked the incumbent consulting firm to leave the room whilst he stays, in order to discuss the commercial aspects of a project. This is very much down to independent consultants being trusted advisors whose only agenda is improving their own reputation; something that can only be achieved by delivering the best outcomes for their clients.

In a recent digital strategy board meeting that Andrew attended alongside the client teams and the incumbent IT integrator, the value of this bridge role became apparent. “There was a great deal of pressure to introduce new innovative technologies and trials into the organisation. The appeal of these sexy new technologies was beguiling to the leadership team and investment decisions were tabled,” Andrew said.

At this point the provider was asked to leave the room so that the client could consider the proposal. Andrew was able to facilitate and open discussion to test the logic and intent of the options being presented. It was then clear that the leadership team did not understand the implications of these choices. “There was a need for more thought to be given by the leadership ‘think layer’ to what they wanted rather than allowing them to be led into decisions that would have a profound impact upon their business. They had also been presented with the ‘upside’ outcomes which were incredibly persuasive, however they needed to be reminded that they had not fully explored the potential impact and opportunities along with their challenges and dependencies,” Andrew told me.

As a result of this intervention the lead team had a greater appreciation and were more confident to ask informed and challenging questions resulting in a paired down, but eminently more achievable, set of innovative investment options. Andrew also worked closely with the incumbent on a number of projects assisting and acting as a neutral resource that was outside of the operational demands of the business, providing objective ‘bridging’ consultancy to tailor their support appropriately.

With the large management consulting firms often bringing their agendas to a project, having a highly-experienced and neutral advisor on hand to ensure it starts in the right place and stays on track is not only increasingly necessary, but also cost-effective. It is more likely to achieve results that will closely align to your business strategy.