Reaping the Benefits of the Right Reward Structure 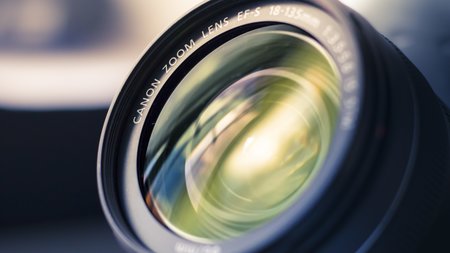 Job hopping is the new normal. According to a recent study in Forbes Magazine the average employee is expected to change jobs every four years, and millennials only staying with a company for three.  With an increasingly fluid labour force it is more important than ever to ensure the right compensation and benefit structure is in place, not only to attract the right talent pool, but to retain top talent.

There are many factors that drive how employers set salaries, however the methodology is much less consistent that you might expect.  A recent CIPD survey cites affordability as an ongoing concern for U.K. businesses, however other frequently cited drivers included the going rate of pay rises elsewhere (29%), recruitment and retention pressures (27%) and even less cite improved employee productivity and performance (25%).

This article will examine the links between pay and employee motivation, as well as how reward structure impacts broader organisational talent issues like diversity.  With the backdrop of Brexit looming, as companies examine options to relocate, divest or acquire, a new layer of complexity has been added as executives aspire to create a market-leading reward structure and hold on to the all-important talent they fight so hard to attract in the first place.

Pay and Performance – is there a link?

With only a quarter of U.K. businesses using salary as tool to improve productivity and performance – should we be paying more attention to our internal incentives rather than external market drivers?  This question has been widely researched.  Frederick Herzberg, the clinical psychologist credited as the founding father of job enrichment theory creates two distinct categories in the working environment, “hygiene factors” and “motivators”.  Hygiene factors encompass areas which include pay and working conditions whilst motivators influence performance and productivity on the job, for example the ability to make a difference to society and peer recognition are considered to be motivators.  Since Herzberg’s first proposal in the 1930’s, the academic community is still in consensus that salary does not actually, truly, motivate.

However “hygiene factors” are still of critical importance. If an employee feels their pay package is not reflective of their performance, historically they were likely to complain, and in a buoyant employment market, will look elsewhere. The rise of platforms such as Glassdoor which includes compensation details has lifted the lid on a historically shrouded topic, arming employees with comparison data points. Indeed we can see this trend become more prevalent as the recruitment disruptor LinkedIn has recently moved towards the collection of compensation data. Alarmingly, a recent U.S. study demonstrated the employees who exceed two years at one company get paid 50% less, placing a premium on external hires, making companies vulnerable to talent loss, and creating a cycle where leavers are rewarded above dedicated high performers.

To combat some of these challenges, businesses have gone back to the drawing board on the annual review processes, replacing with a yearly review with frequent, informal check-ins between managers and employees, and in some cases (according to The Harvard Business Review) adding bonuses that are based on just weekly performances.  This eliminates the frustration felt whilst citing examples of areas where improvement is needed that are almost a year outdated, and reassuring the employee that their current job performance is the basis of salary adjustments. Technology and retail have been leaders in the adoption of such systems, alongside professional services firms such as Deloitte, Accenture and PwC.

There is breath of research that demonstrates that the playing field is far from level when it comes to annual salary negotiations, with women tending to underperform in comparison to their male counterparts. MIT Sloan recently conducted a study suggesting similar disadvantages apply to ethnic minorities.

A transparent and regular process with clear criteria to reward good performance, rather than an annual “negotiation” that is not calibrated to clear metrics is an imperative. This needs to be backed by an organisational structure that provides criteria for promotion and progression within the business. Despite other criticisms, the public sector has notably led the way the in devising and implementing such structures, and has a significantly smaller gender pay gap in comparison to the private sector, whist those most at risk are small and medium sized enterprises lacking a rigorous HR process.

Unsurprisingly, Brexit is predicted to impact the labour market. According to the Labour Market Outlook Report Spring 2017, published by CIPD, “12% of private sector firms say that the UK’s decision to leave the European Union has led them to consider relocation of some or all of their business operations abroad.”

Inevitably this will lead to acquisitions in new territories, or indeed divestments of current businesses. Aligning a new organisational structure to a pay and incentives scheme will prove to be an even more complex challenge.  A recent study by Willis Towers Watson demonstrates the need for clear communication post-acquisition, when risk of employee turnover is at its highest.  This communication needs to be clear and swift and backed up with a well thought out reward and incentive structure to mitigate the risks of high performers and the tacit knowledge they hold leaving the firm.

In a world where three years of employment per company is trending as a new normal, it is crucial for companies to mitigate risks such as loss of tacit knowledge, and spiralling costs of new talent acquisition by building the right reward structure. Those who get this right will reap the benefits of a diverse talent pool, increased staff retention and an ability to build for growth on the foundation of a stable and dedicated workforce.