How to drive efficiency in a FTSE 250 industrial plc 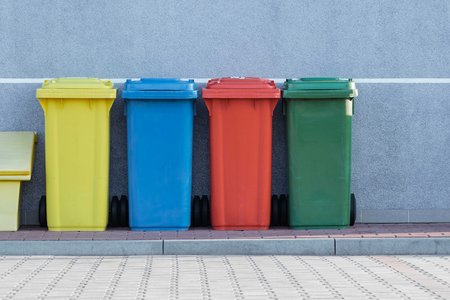 Adam Gates, Lead Principal at Odgers Connect, talks to independent consultant Mark Fogerty about his recent assignment with one of the UK’s most successful industrial plc companies and finds out how he made their operations more efficient.

Operating 23 recycling sites across the length and breadth of the country makes one of the UK’s largest and most successful industrial plc companies an organisation made up of many moving parts. Whilst this has brought the benefits of rapid and successful growth, it poses problems for efficiency; problems which the company turned to Odgers Connect to help them resolve.

Having identified over £1 million worth of efficiency savings, the company looked to centralise its operations; no easy task when these operations are spread across the whole of the UK. To help them achieve this, the CEO brought on board Mark Fogerty, an independent consultant formerly part of Deloitte Consulting’s supply chain practice. Mark is a supply chain and logistics expert with experience in operating logistics and delivering change, including work for the 2012 Olympics and the construction of an underground mine in central Asia.

Working with the company’s Logistics team, Mark agreed that they needed to centralise their processes, but with the ultimate aim of ascertaining much greater visibility over their hauliers. Having this oversight meant the company could improve processes and ‘do things smarter’ in order to drive value.

Mark supported the phased Request for Quotation that was initially focussed on achieving compliance and agreed rates. “With the centralisation of the booking process, results from the Request for Quotation and greater engagement with hauliers through contract management and consolidation, we could be much more objective in the selection of haulers” Mark told me. “It meant we could choose the cheapest hauliers who were doing the best job and ultimately start reducing how many we worked with.”

The company were also implementing a new system that would offer them more information and greater visibility over their processes. Mark advised the company to extend this to the logistics element of the business, but with an expected two year implementation timeline, Mark worked with them to specify and deploy an interim system that could be used in the meantime. At the same time, Mark informed the longer term logistics systems.

With more visibility over their haulers, centralised bookings and interim systems there were improved foundations for greater efficiency and service, as well as a platform to plan smarter routes with further realisable benefits.

With the rapid pace of change in today’s economy and uncertainty around Brexit, many organisations are facing similar challenges; using expert independent consultants like Mark is an effective and price sensitive way of reducing costs and greatly improving operational efficiency.

To find out how an independent consultant can help your organisation, please contact Adam Gates or  one of the team on 0207 518 2629.