How Retailers can prepare for Brexit 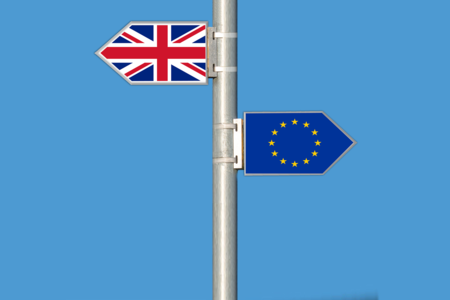 Life on the outside

As if retailers haven’t had enough to contend with over the past few years! Retailers have been constantly adapting to the ever-changing consumer world, where brand equity has been diluted by the discounters, the role of social media is a blessing and a curse and the pursuit of the omnichannel nirvana continues.

The UK referendum result on June 23rd has once again changed the game. The impending exit from the European Union has fundamentally altered the political, economic and sociological landscape, with businesses of all sizes that trade across the EU needing to adapt, and quickly.

We can all agree, we didn’t see it coming and few companies have a concrete plan for life outside the EU.  A recent report by Barclays found that over half of the retailers surveyed think their business was unprepared for Brexit. Over the summer months the UK has slowly recovered from the shock. The initial turmoil on the stock market and the plummeting value of the Pound hasn’t seemed to have stalled spending on the high street. Consumer spending has seen an increase through July with attributing factors including the good weather, Team GB successes in Rio and even the launch of the latest Harry Potter book. However is this just masking a longer term slow down? What really happens when Teresa May finally triggers Article 50 and the once unthinkable becomes reality?

Without wishing to state the abundantly obvious, retailers large and small will need to rethink their strategies on a number of topics. Mid to long term forecasts are mixed, with more retail bosses concerned than not and are certainly erring on the side of caution. These forecasts are largely due to the unknown, as there is an array of possible outcomes of exiting the EU.

In the short-term the retailers’ ability to import goods from the EU will be adversely effected by a weaker Pound:Euro exchange rate. According to research conducted by the Financial Times, almost a third of retailers in the UK are currently considering changing their suppliers. Take food and drink in the UK as an example: in 2015 the UK imported £38.5 billion of food and drink, a large percentage of which originates from the EU. With the collapse of the Pound, it makes importing this quantity of food even more expensive. In comparison, the UK exported £18 billion of food and drink in 2015, meaning retailers are going to need to rethink the source of their produce, to prepare for the outcome of trade negotiations. Retailers will need to source more locally and following the lead of Aldi and Lidl, the German discounters, who are now only selling fresh meat from the UK and investing heavily in UK fresh produce. (See appendix 1)

Whether it is increasing the volume of locally supplied products, or diversifying international export channels, changing a supply chain is not an easy task; it requires time to plan, to source suppliers in low cost countries and to negotiate trade deals in line with international and local regulation.

The medium to long term outlook is very difficult to predict, and much depends on the terms of the exit agreement with the EU, the resulting trade landscape and adjoined regulatory constraints. What we do know, is that it is imperative for companies to plan for the various eventualities, to mitigate the risk of this uncertainty and ultimately to have options depending on which way the wind blows.

So what’s the Game Plan?

Scenario Planning and Strategic Forecasting are tried and tested methods for helping businesses manage uncertainty, when the future direction is difficult to predict. It mitigates risk and provides a structured way for organisations to think about the future thus giving shareholders assurances over the management of their interests. Scenario Planning, otherwise known as ‘war gaming’, first developed by the military to stress test plans before committing to action, is a method adopted by many of the leading consulting firms, such as McKinsey & Company and The Boston Consulting Group (BCG), as a powerful tool in the strategist’s armoury. When it comes to planning for Brexit, this would surely be fairly important.

There are a number of scenarios that could occur with leaving the EU. However, the full extent of these challenges won’t be clear until the leave deal is established, and that is a problem in itself as uncertainty is one of the key dislikes of retailers. The EU may make an example of the UK to deter any further defectors, or it may see this as a wakeup call and initiate some of the reforms that are long overdue. It may also be the start of the end for the EU; we simply do not know. To prepare for such challenges, retailers would do well to push productivity to the top of their agenda, reassessing the contribution of all input costs against sales, and war gaming different scenarios to be in a position to best respond to life on the outside of the EU, once the terms are in place.

Odgers Interim Consulting is expertly placed to solve many of these business critical issues. We have been supporting clients in the retail sector to help scope and manage this phase of uncertainty, through the provision of Independent Consultants that can offer increased value, quality, experience and flexibility, as an alternative to the traditional consulting model.

Many of the consultants in the Odgers network have backgrounds in top tier management consulting firms including McKinsey, BCG and Deloitte and have expertise in scenario planning, war gaming and strategic forecasting in the retail and adjoining consumer sectors. It is this on-demand and flexible access to expert consultants that will be the difference between winning and losing in the months and years to come.