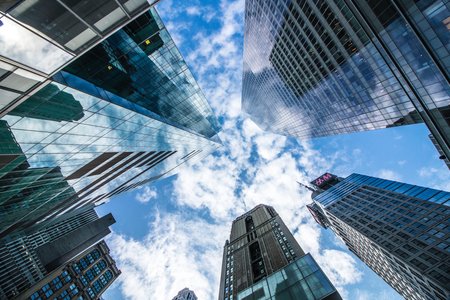 The past few years has seen a huge increase in the investment going into fintech start-ups and some – such as Monzo and Revolut – have achieved significant scale. One of our independent consultants, Michael Pearson, has conducted research which has been published recently in association with KPMG and Google Cloud on the financing and performance of fintech start-ups in the UK; he believes that it is still too early to tell how the fintech revolution is going to play out.

The research shows that relatively few fintech start-ups are profitable, and many of the companies which have been operating for several years are still losing money. Even so, investors are often happy to continue to back these companies because of the progress they are making on other metrics, and because of the size of the financial services market and the long-term potential for technology-led disruption in the industry.

Michael’s research has also been looking at what defines success for a fintech business. “For investors, a profitable exit is the only real measure of long-term success. The vast majority of fintech investment has been since 2010 and particularly since 2015, so it is perhaps too early to expect many exits,” Michael told me. “A couple of high-profile exits in the UK have been the IPO of Funding Circle in September 2018 and the acquisition of World First by Ant Financial which was announced in February 2019.”

However, Michael explained that success generally comes in stages, starting from raising a first round of funding through to a trade sale or IPO. Stages on the road include building a customer base and then reaching break-even. As Michael told me, in the UK market, 3 of the companies which have reached break-even illustrate some of the critical success factors:

“These cases have a few important characteristics which indicate some of the critical success factors,” Michael said. In practice, he argues, several factors combined with the skill and experience of management, and probably some luck, will be the ultimate determinant of success.

“TransferWise chose to enter a market segment where the fees charged by banks and other companies were relatively high. With a low-cost operating model, they were able to build scale before the established players responded. OakNorth focused on the mid-size commercial lending market which the raft of new alternative lenders were not targeting so competition has been more limited,” Michael explained.

There have been a number of marketplace lenders targeting SMEs but most have struggled to reach profitability as the margins for the platform owners are relatively small. Building scale has been difficult as there is no viral effect to rely on. Michael told me that in contrast, OakNorth takes deposits as a bank and lends money from its own balance sheet. This is a more costly operating model in some ways (and potentially riskier) but comes with higher margins.

ClearScore has gained over 7 million customers with a very simple business proposition which is well suited to digital marketing and easy for consumers to sign up to. This is then backed by clever use of data to cross-sell products and services to customers. Commenting on this approach, Michael said, “Of course, the cross-selling of profitable products and services is the Holy Grail which many of the consumer fintechs are targeting having built large customer bases, but in reality, it is not very easy to get right.”

An important aspect of Michael’s research is that he has not found any consistent pattern in the characteristics of successful management teams, even though we know that investors focus on this when considering making an investment. In some of the more successful cases that have emerged so far, the founders have had relatively little experience of financial services or of the specific sector they are targeting, and this is perhaps a surprise. There is also a wide range of ages and experience levels across founders. “Clearly, finding the right formula for the management team is not straight-forward and still takes a lot of judgement,” Michael said.