Complex consulting: Overcoming problems when there’s no handbook to turn to 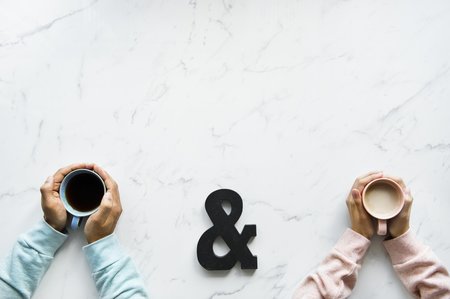 Problem X can be solved by applying template solution Y. It’s an approach to consulting that suits large consulting firms whose junior analysts can learn on the job by applying standard solutions to standard business problems. But what happens when there’s no textbook answer to the exam question? This is where deep problem solving skills combined with hard-won knowledge and ‘battle scars’ are valuable, and where individuals who can leverage both consulting experience and practical operational experience are highly sought after.

I caught up with independent consultant Greg Pye to find out how he’s dealt with some of the more complicated problems in his consulting career. Before going independent, Greg worked for major industry players, including McKinsey, Capital One, and Lloyds Banking Group. In a recent role at a major private utility company he was asked to help assess an offer for the company’s commercial retail business, including the design of the technical and operational approach to the migration of the business. To work, this would need to be done at a fast pace, and very unusually, at the same time as the utilities market was undergoing deregulation.

Whilst the confidential deal was negotiated, Greg worked together with three highly experienced senior internal resources. All of them had to roll their sleeves up and get stuck in at an overarching level and in the details, rather than being able to leverage a wider team. They had to work through the mechanics and assessment of a deal that was robust before, during and after the market was opened, with very different legal models. What’s more, they had to ensure that the contracts incentivised the right behaviours in both managing risks in service provision to customers and migration of the accounts. This relied on both deep problem solving skills for novel situations for which there were no similar prior examples, and leveraging practical experience of both the practical challenges in migrations, and in operational businesses. “It was a problem that couldn’t be solved fast enough or well enough by analysing it from first principles” Greg told me.

“The market opening added a layer of complexity, as it forced all participants to assess data issues and use common definitions. This meant that we had to layer migrating data on top of the need to do pre-live reporting to the new market operator, which also meant that we had to fix some data issues, deciding on a case by case basis whether to do that prior to migration, during migration, or post migration, with the migration itself in several discrete blocks. And, all this was against an immovable and rapidly approaching deadline for the market opening, and whilst customers were still served.”

Fixing data sets and migrating them accurately at the same time as selling a company, whilst a market prepares to adjust to deregulation is highly complex in its own right. However, these weren’t the only issues that needed considering. What about the differences in company cultures and styles of working? “We expected there would be differences. The seller was a large and long established utility; the purchaser had a highly entrepreneurial ‘go for it’ culture. Both had areas of strength for executing the deal, both had potential areas that would be more challenging, whatever we had done to try and minimise the risks contractually”

Therefore, to ensure a smooth transition, and that the intended behavioural nudges in the contract worked effectively, Greg stayed on for several months during implementation – something often expected from independent consultants.

The role is an example of complex interlinked technical, financial and strategic problems where there is no template to work to, and with time pressure to develop and implement the solutions. It combined consulting level problem solving with deep practical experience, and is an area where suitably experienced independent consultants can be highly effective.