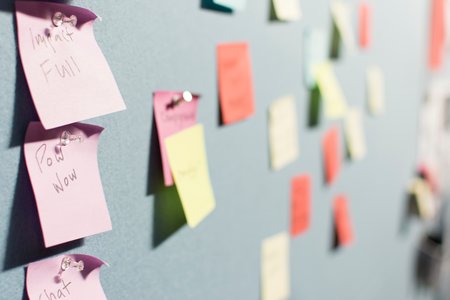 Speed is of the essence

If there is one thing that distinguishes today’s global market from any other in history it is the speed with which it shifts. No business is exempt from the global competition. But traditional strategic planning is not designed to be fast. It relies on well-defined industries and known competitors, the time to analyse, debate, test, and to use long planning horizons. There is safety in such a competition; everyone knows the rules and how to play the game. That is no longer the case.

That the rules have changed is clear. What the new ones are is not. Industry boundaries have disappeared and new competitors emerge seemingly fully formed. The pressure on business is immense and big shifts are needed just to stay in the game.

It may be risky to move fast but in today’s market it may be fatal not to.

In this digital maelstrom the inventiveness and resilience of your people may be more critical than ever. This article is a very brief introduction to the Heart, Mind and Crucible, components of a framework designed to help you move fast with confidence at all levels of the organisation.

Heart - To believe in the heroic makes heroes - Disraeli

In June last year a dozen executives joined me in an Agile Strategy workshop. In one exercise they solved a problem, at 90% accuracy, that one of them, the chairman of his business, described as impossible. With facilitation, but using only their skills and knowledge, no internet research or other external input, they took less than 30 minutes to derive their solution.

Were I to tell you this was a very competent group you might not be surprised. They included said chairman, a chief executive, heads of function and heads of departments; from small companies you might not know and from multinationals you most certainly will. And from their job titles you would naturally form an expectation of their abilities and the skills they used.

Were I to tell you they were very special this also might not surprise you. They included a former life boat captain, the founder of a refuge for battered women, a young choirmaster, a mountaineer, a champion sportsman, a veteran of several tours of Afghanistan, an award winning musician, an engineer whose self-built software has saved hundreds of lives, and a number who had overcome serious trauma. None of which they knew about each other prior to the workshop.

Within a couple of hours these strangers were describing each other as courageous, inspirational, even heroic. Solving the “impossible” problem with such accuracy might have come as a surprise to them but no more so than discovering hidden talents that, as another of them observed “we usually leave at the door when we enter the office”

They quickly united as a high performing team by committing to an emotional exercise which required no special skill, only the courage to risk appearing vulnerable in front of the group, but which led them to revealing many qualities to themselves and each other that are indispensable when transformation gets tough.

Heart is the deliberate first step in Agile Strategy because it is counter intuitive to start with an emotional exercise in a planning process. This, in my experience, is the most important element of the framework. It lays vital foundations of integrity, and trust, opens the way to a much broader range of talents and prepares the team to go even deeper in the planning phase.

Mind  - What is now proven was once only imagined - Blake

We have all been trained to think and behave the same way whatever our chosen field. At home, at school, at work. We quickly learn the rules of success within any organisation. Simply putting a group of people together and asking them to challenge those rules rarely works. The pressure to conform with organisational norms is too high and breaking the mould carries real personal risk.

" Few people are capable of expressing, with equanimity, opinions which differ from the prejudices of their environment.” Albert Einstein

Even fewer are rewarded for acting on those opinions. The market perceives no such risk, holds no such prejudices, jettisons the old and adopts the new faster than ever before. And if we use the same, deeply ingrained, subconscious, models of thinking designed for the old market we are unlikely to prevail in the new. We need a different map.

Agile Strategy creates that map. Models of thinking and behaving are borrowed from any source that works including - science, sport, the arts and mythology; rehearsed and consciously applied by the individual and team to the problem before them. (The model used to solve the “impossible question” above mimicked a process in nuclear physics)

There are many such models to borrow. “Converse” was used in the IPO of a major utility going against the grain of every other business in the sector. “Metaphors” were used to direct a Development Agency which beat all its major targets. “Unthinkable” was used to turn around a FTSE 250 plc and “Crucible” was used to grow the strategy business in a major consulting firm.

It is not the models in themselves that matters, it is the way they are used to bring out the best of our imagination, emotionally, intuitively and intellectually that counts. Nor should their apparent simplicity be confused with ease of implementation. Doing the opposite of the industry norm, in the public domain, requires vision and courage.

Unfortunately trust, commitment and brilliant ideas are of no value if they don’t get to market and the first place they come undone is often in their own organisation. So they must be prepared.

Heart builds commitment, Head invigorates thinking, but no matter how inspiring our colleagues or exciting our creativity the resulting strategies are frequently unpalatable to the organisation and will be severely tested there. Better to do it ourselves than find out the hard way.

The All Blacks undertake training regimes designed to be even tougher than Test matches. The Crucible takes a similar approach. It is a forum in which proposals are subject to intense but controlled challenge with the explicit purpose of exposing shortcomings so that the strategy can be made as robust as possible.

Again, the Crucible deploys models of thinking and, especially, behaving; to ensure that all participants are engaged in tempering the strategy and not burning those who created it. Scrutiny yes, withering criticism no. No one will commit to this forum unless they trust it and those involved. The rules of engagement must be explicit, honourable and rigorously enforced.

The Crucible is a deliberately tough environment but then so is doing what is necessary. Apply this process with integrity and it will produce the highest chance of success and accelerate the respect, confidence and commitment of those involved.

Speed is a vital strategic differentiator in today’s market. Move quickly, then move again before your competitors can react. Agile Strategy is a potential weapon to make you faster, more incisive. It is as applicable to critical processes such as major negotiations and client proposals as it is to functional, programme and corporate strategy.

Agile Strategy can avert expensive, protracted planning processes and achieve in days what might otherwise take months. Used repeatedly in any organisation it can engender an inclusive high performance culture. It starts with Heart.

Steve Wood - Is an independent consultant formerly a partner in C&L, PwC Consulting and IBM’s Global Business Services. He was global leader of M&A in both PwCC and in IBM where his work was patented. Steve built IBM’s UK strategy consulting practices and led the strategy for IBM’s UK transformation.

Details in this article have been changed to preserve the confidentiality of those involved.